ALTOONA, Pa. — Anne Showalter has a picture on her desk that shows a Point A and a Point B with a straight line connecting them. Then, in cursive, winding all around that straight line is the word “life.” Showalter said that sometimes when she catches a glimpse of that drawing she chuckles to herself, because it is such an accurate description of her career path.

The Blair County native graduated from Penn State Altoona in 2003 with a degree in English. She then attended Georgetown University for a master of arts in English, then went on to George Washington University, earning her doctorate in English.

For the next four years, Showalter worked as a full-time English faculty member at Prince George's Community College in Largo, Maryland.

“I enjoyed being able to drill down deeply into one subject area through teaching,” she said. “I love the idea of cultivating curiosity and the joy of lifelong learning. It’s wonderful to explore really rich text that offers insight into what is current in the world.”

While teaching at Prince George’s Community College, Showalter was also a volunteer at the Newseum, a museum in Washington, D.C., that focuses on the five freedoms of the First Amendment. She reveled in the conversations she found herself having with visitors and in engaging them in an informal learning environment.

“I thought, ‘Wow, if I worked in museum education, my job would be similar to this,’” she said.

While Showalter loves teaching in a classroom, she said assigning grades at the end of a semester felt very reductive, that all a student learned was worth so much more than a letter.

“With an informal learning environment, there are no grades,” she said. “As Frank Oppenheimer said, ‘nobody flunks museums.’ So I started to think that making that shift would be a good fit for me.”

And it was. For a year, while still teaching at the college, Showalter worked part time as a gallery educator at the Smithsonian Institution’s National Portrait Gallery. She explained that the job was taking what she loved the most about the classroom and mixing it with the best parts of museum education. With her literature students, they would read a text closely, come up with interpretations, and put it into a cultural context. At the museum, Showalter did the same thing, only with visual text and a slightly different end goal. Her job was to ask questions and scaffold the conversation in a way that learners could come up with their own interpretation and insight.

“That was our purpose for the day,” Showalter said. “Not, ‘now you're going to write a paper that I'm going to grade.’ It was about that moment of engagement, and that's what I love so much.”

From there, Showalter moved into a full-time position at the Smithsonian American Art Museum (SAAM) as an education specialist working with distance learning. She created resources for students and teachers and facilitated live, interactive video conferences for more than 3,000 K-12 students. She introduced artwork from the collection, connecting it to their curriculum and encouraged critical thinking, creativity and discussion.

“The way to look at artwork with 6-year-olds is very different than with 16-year-olds,” said Showalter. “It was quite challenging but fun to think about how to adapt my questioning for a different audience or purpose.”

In yet another shift, just a few months ago, Showalter became a digital interpretation specialist at SAAM, developing online educational content and digital learning experiences to engage virtual audiences outside the physical walls of the museum. For example, creating a video series that centers on artwork or artists in the SAAM collection.

“Sometimes when I'm in the museum before it opens to the public and I look at these amazing artworks on the walls, I think, ‘I've come a long way from central PA,’” Showalter said. “But at the same time, that background was critical in getting me to where I am now. Each experience was a step forward to where I am today.”

Showalter gives a lot of credit to her experiences at Penn State Altoona. Showalter said her professors were the ones to instill in her an intellectual curiosity and taught her how to guide educational conversations. They laid a solid foundation for her successes.

“It was in my English courses that I first started to think of myself as a writer and researcher,” she said. “Knowing that my professors also saw me as a growing writer, thinker and scholar was something I took to heart, and I have carried with me throughout this journey.”

Showalter thinks of that illustration on her desk and all of the directional changes she’s taken to get where she is now, where she never expected to be, yet where she belongs.

“I found my home in museum education,” she said. “It allows me to do the things I love the most about being an educator. The museum's collection isn't static, it's always growing, there's always new material and learners to work with. I know it's been a windy path, but five years from now and beyond, I fully intend to still be a museum educator.”

Showalter said she's proud to work at the Smithsonian, the largest museum complex in the world.

“I work within such a huge institution, but it feels like I have my own little place within that much larger space. Sometimes I think to myself, ‘Wow, this is the Smithsonian,’ and I see all these amazing things every day and work with these amazing colleagues, and I’m a part of it all. It’s an honor and a privilege to work there.” 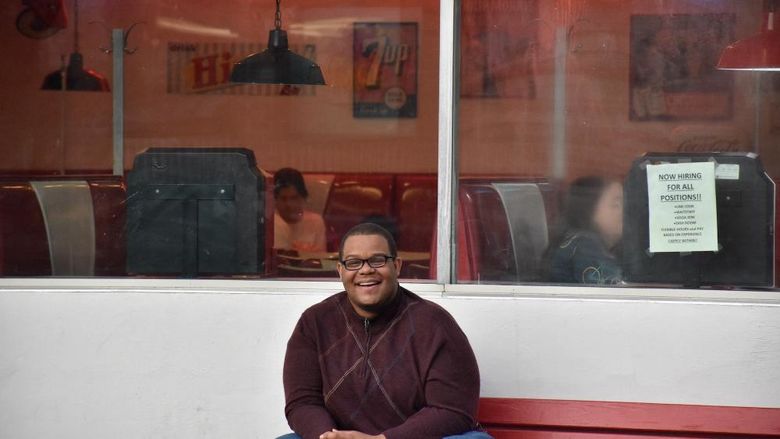 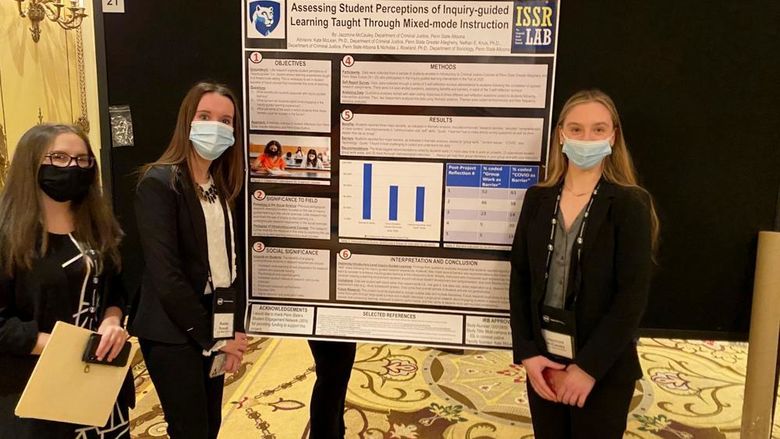