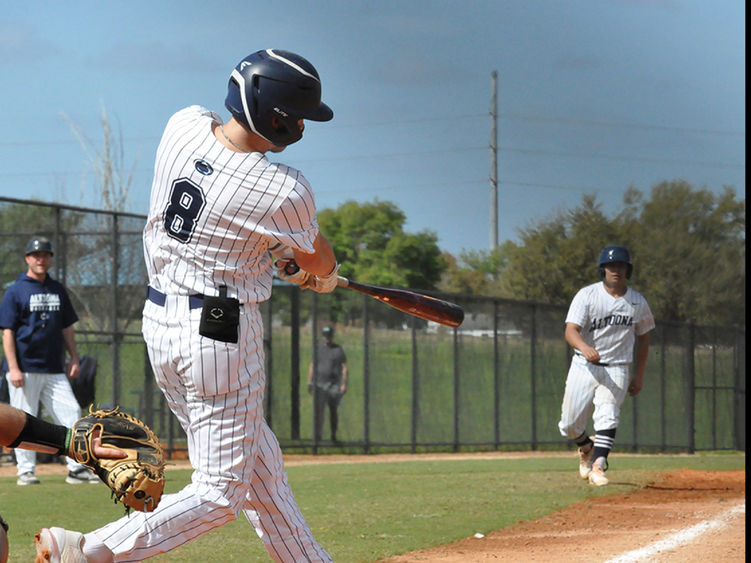 Jake Hillard (shown here at bat) and his teammates Richard Carey and Garrett Alauzen were voted to the All-Allegheny Mountain Collegiate Conference squad. 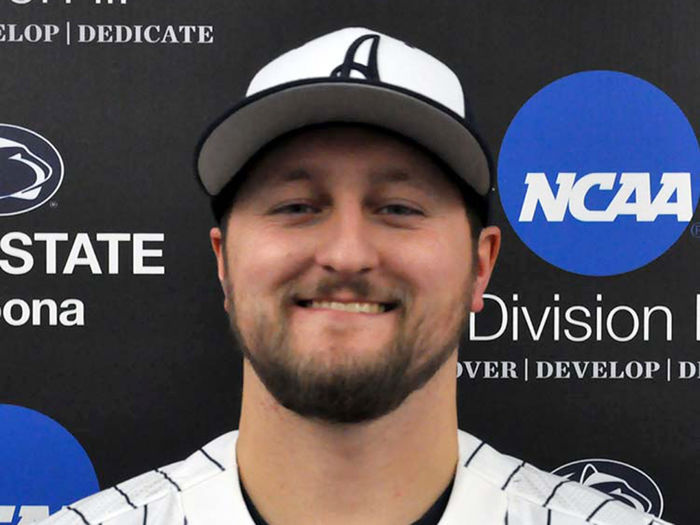 Carey had a career year in his senior season with Penn State Altoona this spring, setting personal career-highs in batting average, slugging percentage, hits, runs scored, runs batted in, and extra-base hits. Among all AMCC hitters, he ranked fourth in batting average (.393), sixth in slugging percentage (.598), 11th in doubles (10) and extra-base hits (15), 12th in hits (44), triples (2), and total bases (67), 13th in home runs (3), 14th in RBI (26), 15th in on-base percentage (.442), and 16th in runs scored (29) and hit by pitch (4). Behind the plate, Carey threw out six potential base stealers to rank seventh in the AMCC in runners caught stealing, and he compiled a total fielding percentage of .949.

This is Carey’s first career selection to an AMCC All-Conference team. 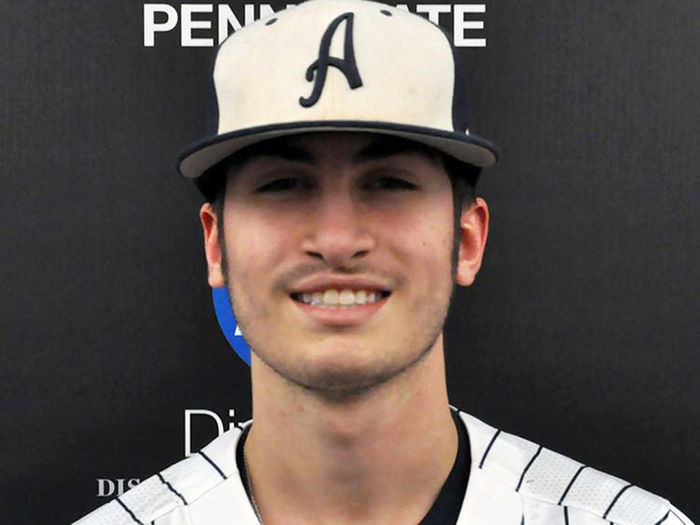 Hillard followed up his sensational first season with a campaign that cemented him as one of the top hitters in the AMCC. Hillard leads the conference in doubles (14) and is tied for second in extra-base hits (22), and he also ranks third in total bases (91), fourth in home runs (7), fifth in hits (54) and slugging percentage (.623), 11th in batting average (.370), 19th in triples (1), 20th in runs scored (27), 32nd in on-base percentage (.387), and 33rd in stolen bases (4). In the field, the third baseman was 24th in the conference in assists (37) and 32nd in double plays turned (4) while seeing the majority of his time at third base. Entering the 2022 season, Hillard was voted the AMCC’s Preseason Player of the Year.

This is Hillard’s second career selection to an All-AMCC team. He was a first team All-Conference pick last season and also received Newcomer of the Year honors.

Penn State Altoona baseball went 17-21 overall this season, including an 8-8 record in the AMCC. The Lions placed sixth in the conference’s regular season standings and earned a berth to compete in the AMCC Tournament.