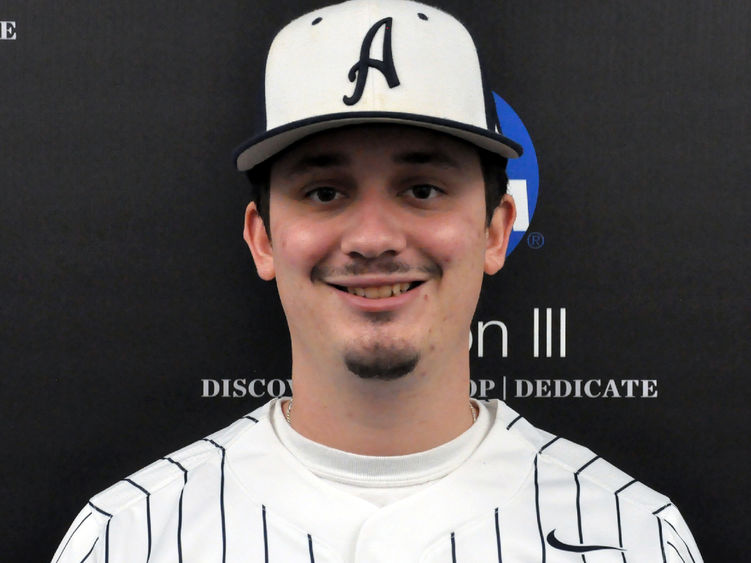 Glass gave the Penn State Altoona baseball team a great start on the mound in game one of last Saturday’s home doubleheader against AMCC opponent Hilbert College, pitching a complete game, getting the win, and setting a new career-high mark for strikeouts.

Glass pitched all nine innings for the Lions in a game that was originally scheduled to go seven before it advanced to extras, where Penn State Altoona ultimately posted a 3-1 victory. The complete game effort was the Glass’s team-best sixth of the season, and he recorded his fourth win of the year in the process. Glass allowed just one run on three hits and a walk over his nine frames of work, and he struck out a career-high 10 batters. The right-hander had a no-hitter going until the sixth inning, when it was broken up on a two-out double.

This is Glass’ first career AMCC Pitcher of the Week award.

Penn State Altoona baseball is 13-17 overall, including 5-7 in the AMCC.