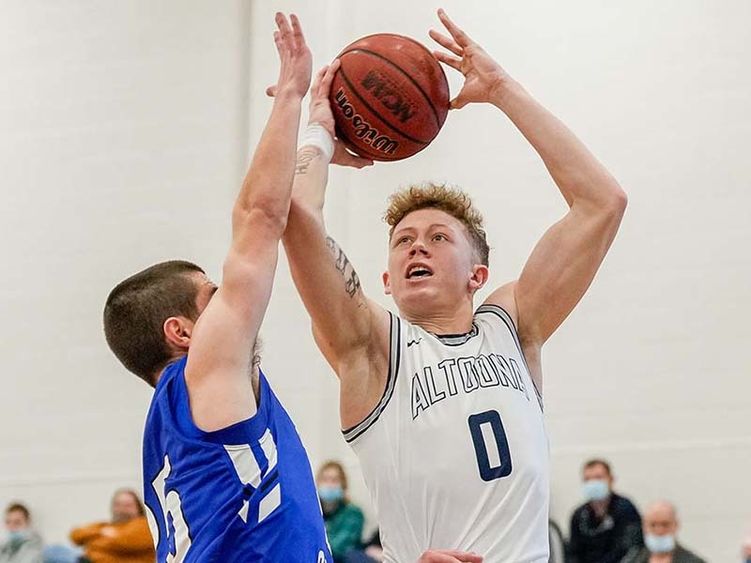 Student-athlete Andruw Harman was named the 2022 AMCC Defensive Player of the Year in men's basketball.

Penn State Altoona head coach David McGreal was voted the AMCC Coach of the Year by his peers, and guard/forward Andruw Harman (Chesapeake, Virginia/Great Bridge) was chosen as the conference’s Defensive Player of the Year. 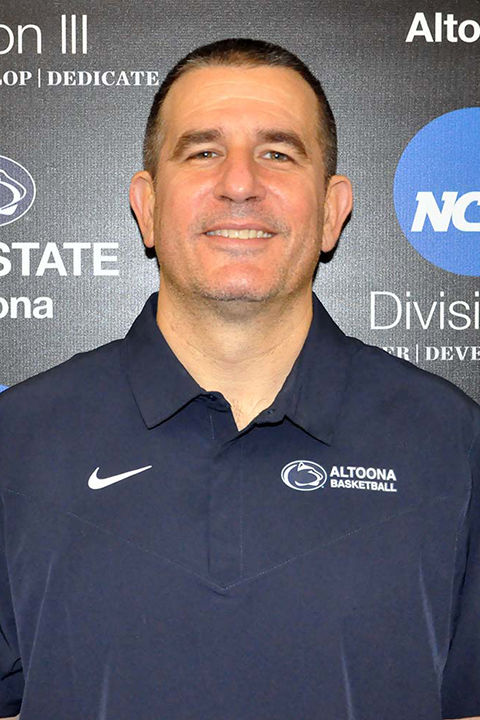 McGreal, in his fifth season at the helm of the Penn State Altoona men’s basketball program, led the Lions to their best season in the team’s NCAA Division III era. In 2021-22, Penn State Altoona set program records for overall wins (18) and AMCC wins (13) while also achieving its best regular-season finish in the conference standings, placing second in the conference to earn the second seed in the AMCC Tournament and a first-round bye. The Lions also earned an AMCC co-regular season championship for the first time in program history by tying for the best conference record in the league this year. McGreal’s team also gained a berth into the Eastern College Athletic Conference’s Division III Championship Tournament as the fourth seed in a 10-team bracket, marking the fifth time in program history that the team has earned an ECAC postseason bid.

This is McGreal’s first Coach of the Year award at Penn State Altoona. 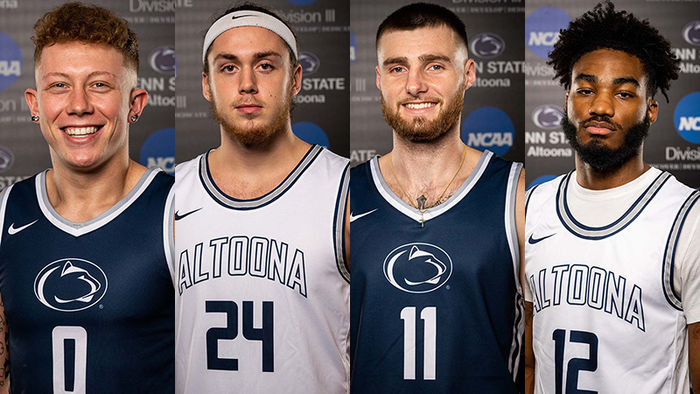 This is the first time in Harman’s collegiate basketball career that he has been named the AMCC Defensive Player of the Year, and it is also his first appearance on the first team of an All-AMCC squad. He was a 2019-20 second-team all-conference pick and also took Newcomer of the Year honors that season.

Charles emerged as a strong presence in the paint during his first season with Penn State Altoona when he played in 22 games and made 16 starts. In the AMCC this year, he ranks fourth in field goal percentage (55.9) and offensive rebounds (54), sixth in free throws made (91), seventh in rebounds per game (6.7), eighth in points per 40 minutes (22.4), 10th in free throw percentage (78.4), 11th in total rebounds (148), 14th in defensive rebounds (94), 23rd in points (252) and points per game (11.5), and 30th in field goals made (80). He also received Eastern College Athletic Conference Division III South Region Rookie of the Month honors for January.

Penn State Altoona men’s basketball is 18-7 overall this season, including a 13-3 record within the AMCC. After a loss to La Roche University in last Friday’s conference tournament semifinal game, the Lions earned a berth to compete in the ECAC Division III Championship Tournament as the fourth seed in a 10-team bracket. Penn State Altoona receives a first-round bye, then will take on fifth seed United States Merchant Marine Academy at 2:30 p.m. Friday, March 4 in a game hosted at Rutgers-Newark.