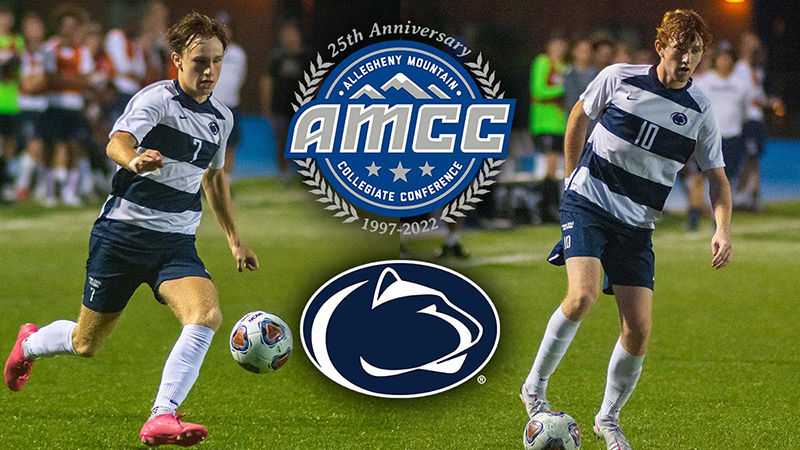 Ballard started 15 of Penn State Altoona’s 17 games this fall and statistically ranked among the top offensive players in the conference by the season’s end. In the AMCC this year, the freshman finished second in shots on goal (42), third in points (31), assists (7), shots attempted (76), and penalty kick goals (2), and fourth in goals scored (12) and game-winning goals (3).

Ballard received an AMCC Offensive Player of the Week award on September 20, and he was also named the Eastern College Athletic Conference’s Division III South Region Rookie of the Month for September.

Corr joined Ballard as one of the top offensive players in the AMCC this season. The freshman started all 17 games for Penn State Altoona and ranked second in the conference in shots attempted (81), third in goals scored (13), penalty kick goals (2), and shots on goal (37), fourth in points (29) and game-winning goals (3), and eighth in assists (3).

Earlier this season, Corr was selected the ECAC Division III South Region Rookie of the Month for October.

The Penn State Altoona men’s soccer team compiled a 9-8 overall record this season, including going 3-5 in the AMCC to place seventh in the league’s regular season standings.