Background details about this year’s nine accomplished alumni — 35 years of age and younger — are below. The honorees officially will be recognized when they visit the University Park campus for guest lectures and a ceremony on March 31.

Alumni Achievement Award recipients are nominated by an academic college or campus and invited by the president of the University to return to campus to share their expertise with students and the Penn State community. Honorees demonstrate to students that Penn State alumni succeed in exceptional fashion at an early age. The Alumni Association Award began in 2005, and since then has honored 139 outstanding alumni, including this year's class. Award recipients also will meet and talk with students on the Thursday night before the awards ceremony at the Hintz Family Alumni Center, and many will guest lecture in classrooms to share insights on their successes in life and business.

Following is a brief description of each honoree; full bios of these recipients will be posted on the Alumni Association’s website next month. You can also read about past honorees and view videos of their acceptance speeches by clicking here.

Shannon K. Furman, a 2003 graduate of the College of Communications, is a producer and director for NFL Films, a division of the National Football League that’s known for its production innovation, technological advancements, and quality presentations. She is a five-time national Emmy Award winner whose work has appeared on NFL Network, HBO, Amazon Video, and all four major networks. Over the past 13 years, Furman has worked eight Super Bowls, four NFL drafts, several NFL scouting combines, as well the Pro Bowl. She also has had a leadership role in the production of several programs and features, including “Hard Knocks,” “A Football Life,” “NFL Films Presents,” and “All or Nothing.”

M. Ehsan Hoque, a 2004 graduate from Penn State Erie, The Behrend College, is an assistant professor of computer science at the University of Rochester, where he directs the Rochester Human-Computer Interaction Lab. Hoque’s research on human-computer interaction focuses on developing computational approaches to generate new insights and theories about human behavior. In addition to expanding our understanding of human behavior, he focuses on developing new computer applications that allow us to be more human. Hoque has created two computer systems, MACH and LISSA, that train people to excel in social settings. Hoque’s research was the first of its kind to demonstrate that it is possible for people to learn and improve their social skills by interacting with a conversational computer system.

Mike Karns, a 2011 graduate of the College of Arts and Architecture, is founder and chief executive officer of Marathon Live Entertainment, a producing and social media marketing company that he started in 2013. An expert at harnessing the power of social media, he was part of the team that helped re-launch the career of former “Star Trek” actor and current social media personality George Takei, and led the social media campaign for the Broadway hit “Hamilton: An American Musical.” The musical opened in summer 2015 with $30 million in advance sales and later won 11 Tony Awards. He is currently co-producer and director of social media for the new Broadway musical “The Great Comet,” starring Josh Groban.

Kelly Lloyd, a 2010 Penn State Law graduate, is an assistant district attorney for Montgomery County, Pennsylvania, the state’s third most populous county. In 2016, she was appointed captain of the grand jury, a group of citizens personally responsible for reviewing evidence and providing direction for the prosecution of serious criminal matters such as homicide, fraud, sexual assaults, and political corruption. As captain, Lloyd is entrusted with significant authority over the disposition of major cases within the county. In 2016, the Pennsylvania Narcotics Officers’ Association presented Lloyd with its Outstanding Prosecutor Award, recognizing her work on an international heroin trafficking investigation that led to the seizure of more than $2 million worth of heroin.

Mark Franklin Patishnock, a 2005 graduate of the College of the Liberal Arts and a 2012 graduate of the College of Education, is a licensed psychologist and director of Student Counseling & Psychological Services at Augusta University in Georgia. He leads a team that provides comprehensive mental health services to thousands of students each year, including individual, couples, and group therapy; crisis intervention; and prevention programing. He is also an adjunct assistant professor at Wake Forest University. Previously, he worked at the counseling centers at Penn State, the University of Illinois at Urbana-Champaign, and Virginia Tech, where he also served as the university’s suicide prevention coordinator. Patishnock specializes in clinical issues surrounding stigma, shame and vulnerability. He lives with Tourette syndrome, and his lifelong experience with this condition has strengthened his role as a therapist and administrative leader.

Melissa Schipke, a 2009 graduate of the Smeal College of Business and the College of Communications, is founder and chief executive officer of Tassl, a company dedicated to building technologies that strengthen alumni networks and recognize graduates for contributions to their alma mater. The company was founded in 2014 and is currently being implemented at Penn State, along with several other institutions around the country. Tassl's technologies include engagement metrics software, management tools for volunteer group leaders, and a mobile application for alumni to easily connect to network connections, events, news and resources. In 2015, Tassl was chosen as one of the top Hottest Startups in Philly by Tech.Co and was also named the "Most Valued Company" at the Keiretsu Forum Mid-Atlantic Angel Capital Expo.

Ashley B. Schroeder, a 2005 graduate of the College of Education, is a second-grade teacher at Hinckley Elementary School in Ohio and entrepreneur of an online teaching blog, Schroeder Shenanigans in 2nd. Her custom-designed classroom materials are purchased by thousands of followers on Teachers Pay Teachers, the world’s largest online educational marketplace. She has grown into a “teacherpreneur,” marketing and selling her digital teaching resources to more than 40,000 followers through her Teachers Pay Teachers page and social media accounts. Schroeder uses her social media presence and platforms such as Instagram and Facebook Live to share teaching tips and advice with educators worldwide who share her passion for teaching. In 2016, she presented at the Teachers Pay Teachers national conference in Orlando, Florida.

John C. Urschel, a 2012 and 2013 graduate of the Eberly College of Science, graduated as one of the nation’s premier student-athletes, receiving numerous national accolades for his achievements. While starring as an offensive lineman for the Nittany Lion football team, Urschel earned two degrees and finished with a 4.0 GPA. During graduate school, Urschel taught trigonometry and analytic geometry to Penn State undergraduate students, in addition to his own academic and football responsibilities. Urschel is a self-described professional mathlete and chess enthusiast and an adjunct research assistant in the department of mathematics at Penn State. In addition to his NFL career — Urschel is an offensive lineman with the Baltimore Ravens — he is currently working on his doctorate in mathematics at the Massachusetts Institute of Technology.

Editor's note: This story originally appeared in AlumnInsider, the Alumni Association's monthly e-newsletter. Click here to read that story, which includes photos of each honoree. 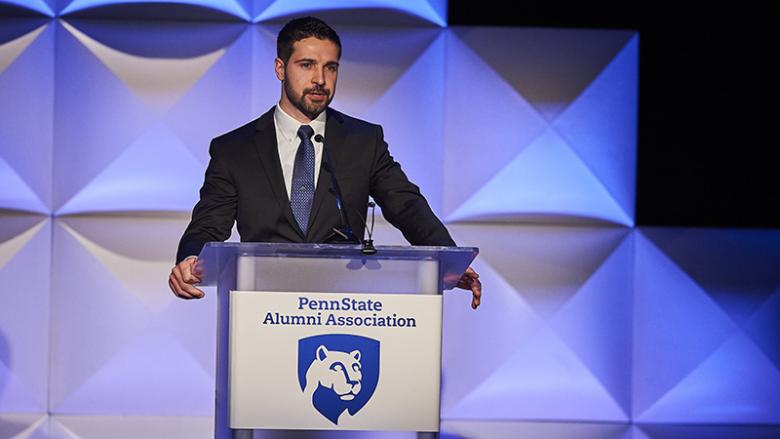 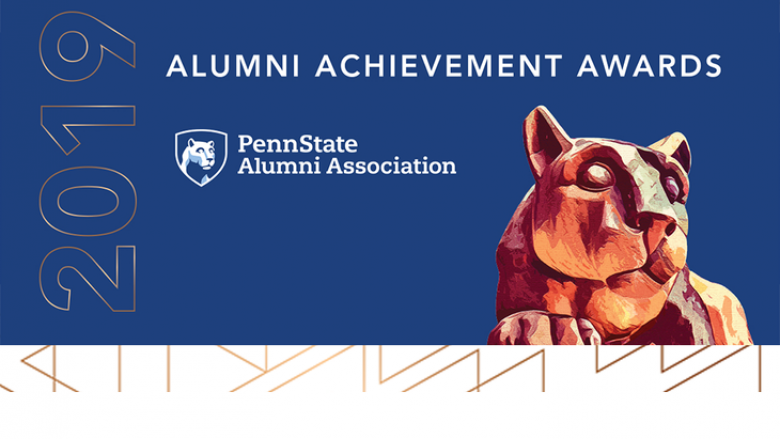 15 Penn Staters to be honored with Alumni Achievement Award 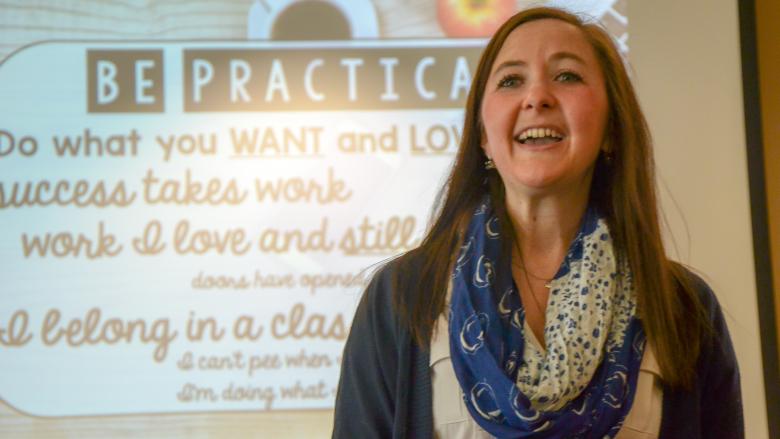 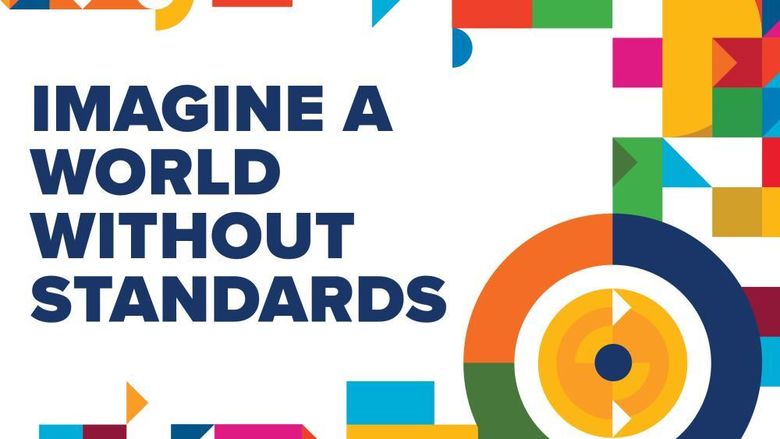 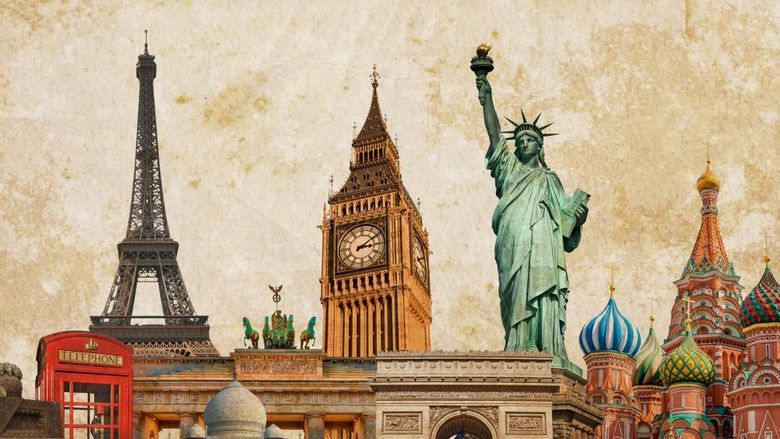