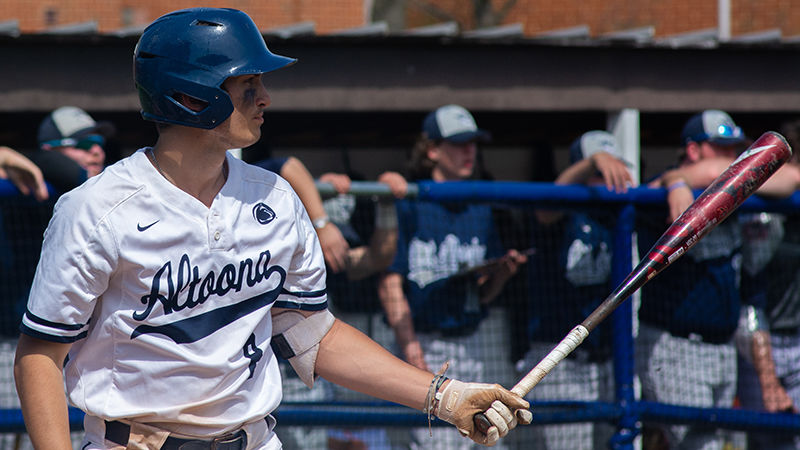 Hillard’s regional honor comes after he was chosen as the Allegheny Mountain Collegiate Conference’s Newcomer of the Year while also earning a first team All-Conference nod.

Hillard tied a pair of Penn State Altoona baseball single game records this season, collecting five hits in a game against Wilson College on April 8 and hitting three doubles in a game against Medaille on April 3. This spring, he received the AMCC Player of the Week award on May 3 and was named the National Collegiate Baseball Writers Association Division III National Rookie of the Week on May 5.

This marks the ninth year that D3baseball.com has named All-Region teams, with a total of 940 players nominated across eight Division III regions. Ballots were voted upon by D3baseball.com staff and contributors.

Penn State Altoona baseball finished its 2021 season with a 12-15 overall record, including going 9-7 in the AMCC to take fifth place in the conference’s regular season standings. The Nittany Lions earned a berth into the conference tournament, where the team lost in the quarterfinal round in a best-of-three series with Alfred State College.