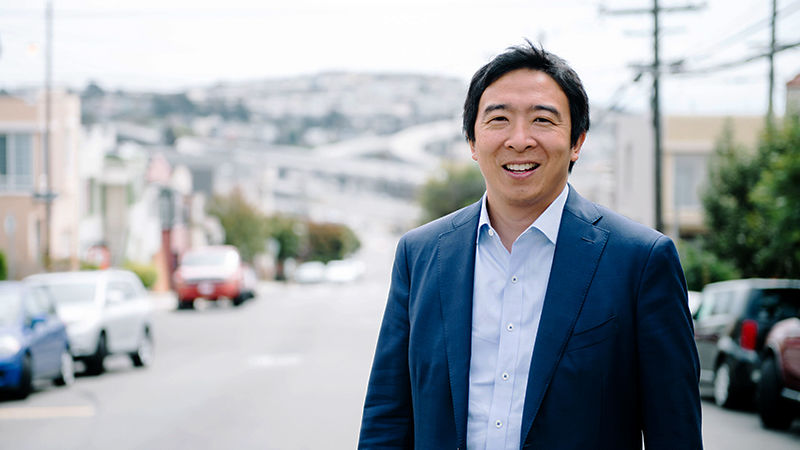 Students, faculty, and staff must register online for the event.

Yang is an entrepreneur, author, philanthropist and former 2020 presidential candidate. Initially dubbed a "longer than long shot" candidate by the New York Times in 2018, Yang became a top-tier contender for the presidency, raising nearly $40 million in grassroots funding. With a vision to rewrite the United States economy's rules through a "Freedom Dividend" of $1,000 a month for every American adult, Yang became one of the most exciting stories in the 2020 race.

Before running for office, Yang founded Venture for America, a nonprofit that created thousands of jobs in Detroit, Cleveland, Pittsburgh, Baltimore, and other cities. He also founded Humanity Forward, an organization built to realize his presidential campaign's vision and ideas. Through advocacy and action, Humanity Forward's vision is to foster a human-centered America that measures each person for their intrinsic value, not their economic value.

Yang was named a Presidential Ambassador of Entrepreneurship by the White House under the Obama administration and a Champion of Change for his work with Venture for America.

In addition to his keynote address, Yang will offer invitation-only talks with select groups of students. First, Yang will address a political science class focusing on campaigns and elections, followed by a talk with students about entrepreneurship and future trends in business.