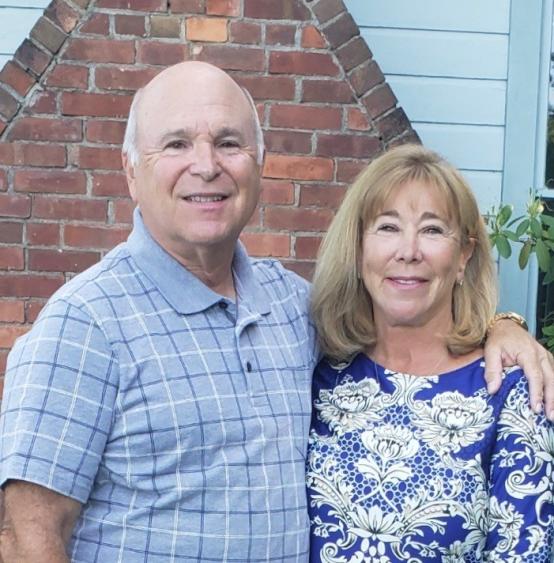 Richard A. and Dr. Jeane Violon Singer have made a gift commitment of $1 million to create the Penn State Altoona Engineering Excellence Fund.

Richard Singer, now retired, was an instructor in electrical engineering, computer science, entrepreneurship, and security and risk analysis at Penn State Altoona. For 16 years, he taught in the electro-mechanical engineering program, which he holds close to his heart. “I 'was also an adviser for the program, and I was very close to the students,” he said. “Often, those students needed financial support to get through, so we wanted to help them.”

In addition to supporting students, money from the Engineering Excellence Fund will benefit different programs within electro-mechanical engineering technology (EMET), such as Motorheads in Germany, a study abroad program Richard Singer implemented, and the motor sports club’s Mini Baja competition.

“I am grateful for Richard and Jeane’s transformational gift in support of our EMET program and our future Mechanical Engineering program,” said Chancellor and Dean Lori J. Bechtel-Wherry. “All of us at Penn State Altoona and in our extended community are thankful for their generosity and devotion to our students, college and community. Their commitment to our students and Richard’s passion for his work are infectious and inspiring.”

“I know the value of an education. I received a scholarship that allowed me to get my doctorate from University Park,” Jeane Violon Singer noted. “That profoundly impacted my personal and professional life. I was able to succeed because of that scholarship, and I want to pay it forward.” Jeane Violon Singer established her private practice, Audiological & Hearing Aid Service Inc, in 1977 in Altoona. She earned her doctorate in speech pathology and audiology in 1980, then went on to set up private practice offices in Philipsburg and Clearfield in 1981 and 1983 respectively. Many master’s students in audiology at Penn State did their clinical hours, externships, and clinical fellowships in her office. Jeane sold her practice in 2009.

Jeane Violan Singer served on the alumni board for the College of Health and Human Development and now serves on the Centre Stage Board for the University. Richard Singer serves as chair of Penn State Altoona’s Philanthropic Council, and both he and his wife have been recognized as members of the Ivyside Society, the Atherton Society, the Mount Nittany Society, and Laurel Circle.

“I’m in a new phase of my life now that I’ve retired,” stated Richard Singer. “I’ve done well, and the University was good to me. I want to help students, and Jeane and I are capable of doing so. I believe that giving back is the right thing to do.”

This gift will advance "A Greater Penn State for 21st Century Excellence," a focused campaign that seeks to elevate Penn State’s position as a leading public university in a world defined by rapid change and global connections. With the support of alumni and friends, “A Greater Penn State” seeks to fulfill the three key imperatives of a 21st-century public university: keeping the doors to higher education open to hardworking students regardless of financial well-being; creating transformative experiences that go beyond the classroom; and impacting the world by fueling discovery, innovation and entrepreneurship. To learn more about “A Greater Penn State for 21st Century Excellence,” visit greaterpennstate.psu.edu.