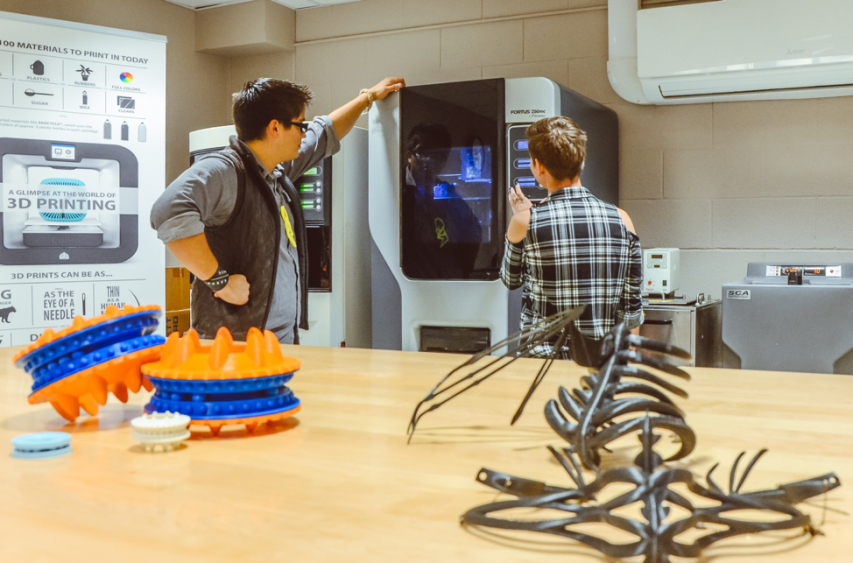 3D printing-centered learning spaces are becoming an increasingly popular way for students across Penn State’s campuses to explore innovative technology, while also gaining skills for their future careers. The Penn State Altoona’s Center for Additive Manufacturing and Printing (CAMP) is no exception, and visual arts students have been using it frequently to elevate their artwork.

"It gives us more mediums to use; it's not only paper crafts and painting,” said senior and visual arts major Emily Wagner. “We use different machines. We can take our ideas and print them."

Although the campus founded The CAMP in 2015, a couple of classes have been working with 3D printing since 2002. Through the center, 3D printing has become accessible to the entire campus community.

Using the space, visual arts students create various types of artwork, including jewelry, sculptures and vinyl decals, some of which they display at the annual campus student art exhibition.

“Often it’s the case that there's no physical way of manually sculpting the objects we conceptualize,” said Rebecca Strzelec, professor of visual arts. “For example, 3D printing allows one to build objects within each other. Something like a chain link or objects that move, to build those with traditional tools would take some big feats of engineering.”

The CAMP has significantly enhanced student learning and engagement. Strzelec has found students regularly work in the center outside of class time.

“When students choose to work in The CAMP when they're not in class it means they're truly engaged. It's meeting them intellectually and creatively in a way they weren’t getting elsewhere,” said Strzelec.

Wagner and Weyandt develop their 3D designs through computer software.

Artists today need to be multifaceted problem solvers, which means having experience with many diverse tools and modes of making.

Some visual arts students, like senior Josh Weyandt, plan to pursue careers which will leverage their knowledge of 3D modeling. One such field is video game creation, where Weyandt aspires to work in character design.

“Video game creators will make a character in a computer-aided design program,” explained Weyandt. "Before they send it out for the expensive molding process, they will 3D print a character in their office and ask themselves if it is what they want exactly."

Strzelec said, "These students use the tools they have learned here and parlay them into working at libraries, art centers, camps and running businesses. They're able to piece together what they learn from this degree and make a living by creating—or assisting people in creating—visual art." 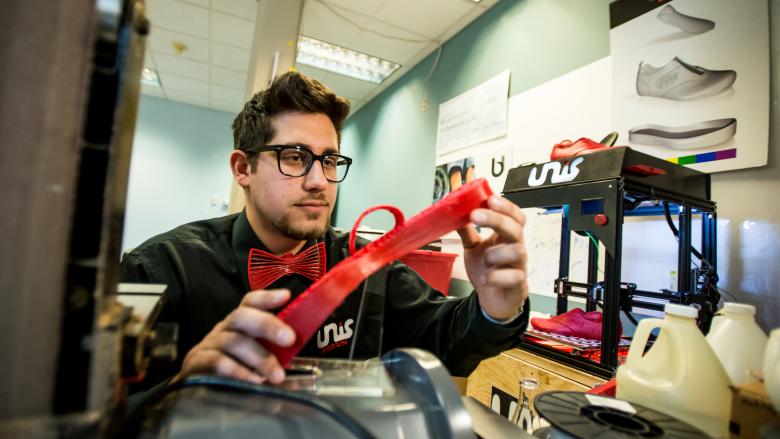