Explore this introductory list of local outdoor gems, intriguing natural wonders, offered in and around Altoona. Something for everyone, there are options for beginner, intermediate, and seasoned adventurers. 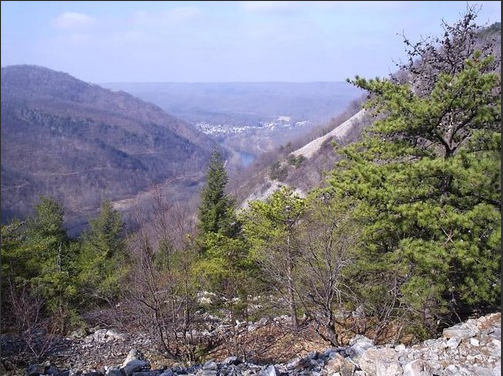 Jacks Mountain is home to the famous "Thousand Steps" which are part of the National Heritage Trail. Jacks Mountain at 2,321 feet is quite a large mountain, especially for Pennsylvania. Also, when you consider that the base to summit elevation gain is 1,715 feet, you'll understand that you've got quite a hoof ahead of you. Jacks Mountain is located in PA's central mountain region, also known as the main range of the Appalachians. This area in Pennsylvania is quite rugged and the mountains are a lot steeper and higher than many people realize when they think of PA. Located between Lewistown and Huntingdon, PA, this mountain affords magnificent views in all directions from its scree slopes. The little former-mining towns of Mount Union and Mill Creek are at its base. Also, the Juniata River cuts this mountain in two and creates one of the more rugged and spectacular areas in the state, known as Jacks Narrows. You almost get a western feel standing at the trailhead as the two mountains rise nearly 2,000 feet above you on either side. 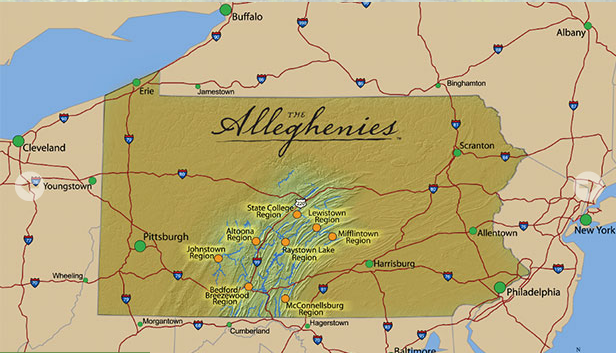 It's cycling a quiet country road. Mountain biking a winding wooded singletrack. Taking in endless views across long ridges and deep valleys after a great day of hiking. Kayaking the waters of Pennsylvania's largest inland lake. Fishing for elusive trout in a classic spring-fed stream. Catching a rare glimpse of another species from your birding life list. It's adventure in Pennsylvania's great outdoors. And it's just waiting to be discovered, explored and enjoyed in The Alleghenies. 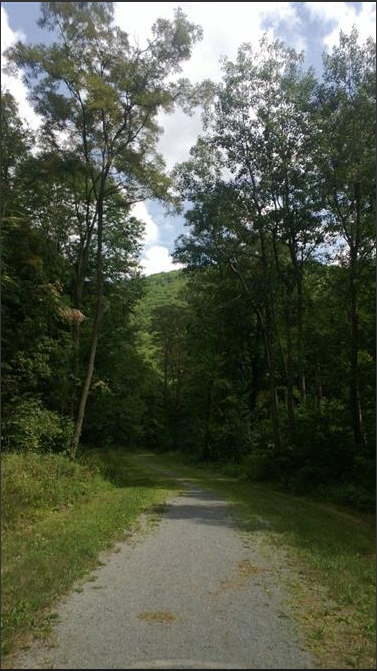 The Bells Gap Rail-Trail is really two trails in one-a flat 2.1-mile southern section with smooth crushed limestone surface, and a rougher, more difficult northern section best-suited for mountain bike enthusiasts or hikers seeking a challenge. Horseback riding is permitted on the grass edge of the trail. The southern 2.1 miles of the trail consist of fresh crushed limestone surface. There are several covered benches on which to rest and enjoy the scenery. After the first 2.1 miles, the trail abruptly changes to an unimproved game lands trail that consists of dirt, ballast, and grass. The trail ends at Route 865 in Lloydsville; there is no trailhead or parking here. 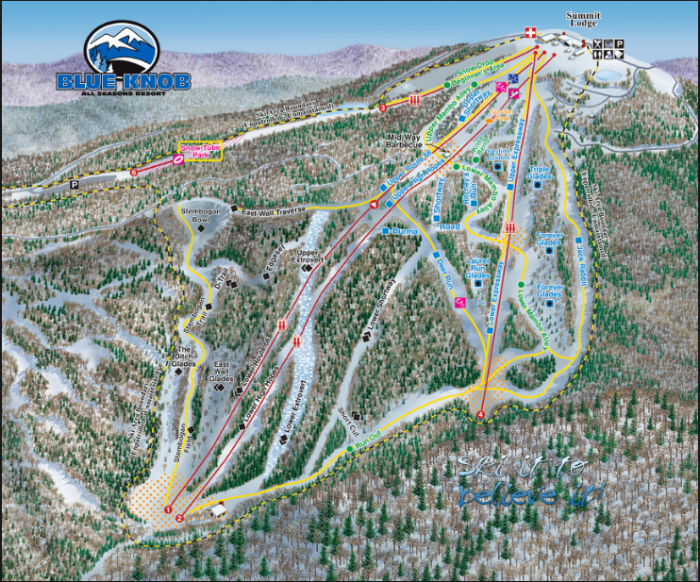 Blue Knob All Seasons Resort is the highest skiable mountain with the most challenging slopes in Pennsylvania, with the longest and sweetest rides for skiers and snowboarders. In addition to our downhill skiing we offer snow tubing and groomed Nordic skiing. For the best skiing in PA come see us at Blue Knob. Blue Knob also offers golfing, mountain biking, hunting and fishing, hiking, and fall foliage activities.

For more than 45 years, Camp Woodward has been the leader in lifestyle and action sports progression offering something very special - a fun, learning environment coupled with the ultimate summer camp experience. There is no way a camper will come to Woodward, and say, “what did I do last summer?” Together with innovative facilities, world-class instructors/coaches and the ultimate summer camp experience, Woodward is a world-class destination for both aspiring youth and professional athletes. Woodward is a community where campers can choose from 12 programs: skateboarding, BMX, snowboarding, freeskiing, gymnastics, cheer, power tumbling, acro, parkour, mountain bike, scooter, digital media and are all given the tools necessary to reach new heights in an atmosphere that fosters creativity and passion. There is no other camp in the world like Woodward that is a family community that mixes the structured sport of gymnastics with the creative freedom of action sports and matches those elements with the progression of world-class creative arts. 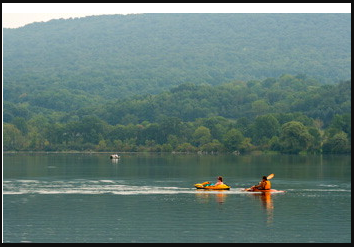 The beautiful, 958-acre Canoe Creek State Park features a 155-acre lake, wetlands, old fields and mature forests, which provide critical habitat for migrating birds and other wildlife. The lake is popular for fishing year-round. Hikers enjoy the trails that wind through the many habitats. Picnicking, swimming at the beach, enjoying educational programs, and staying the night in a modern cabin are also popular activities. 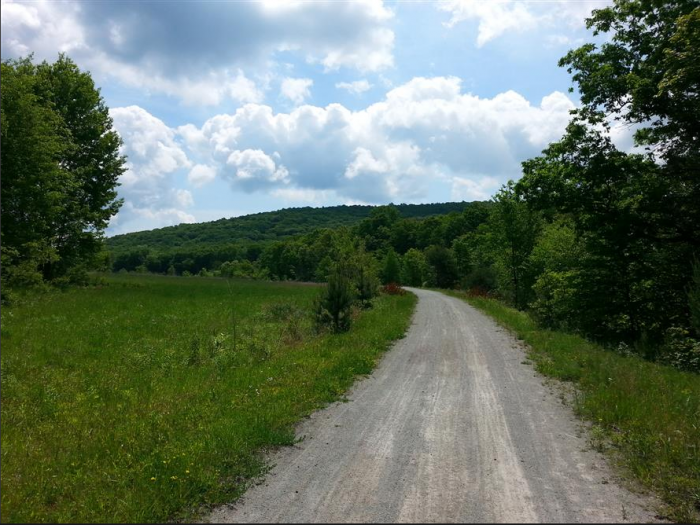 Despite its eerie name, there's nothing scary about the Ghost Town Trail. The trail is named for the numerous towns that were served by the Ebensburg & Blacklick Railroad, as well as the Cambria & Indiana Railroad. It winds through scenic Blacklick Creek watershed, from Ebensburg to Grafton, passing historical artifacts and offering opportunities to see a variety of wildlife. The trail, originally established in 1991, is a designated National Recreation Trail.

If you hit the trail early enough, you're likely to encounter deer and more than a few chipmunks. Once the sun gets high, watch out for the occasional snake sunning itself on the warm pathway. A few interpretive signs along sections of the trail provide information about the mining towns, as well as some of the historical features. Mining slag and old railroad ties can be found at numerous points along the trail. Just west of Vintondale, you come to Eliza Furnace, on the National Register of Historic Places and one of Pennsylvania's best preserved iron blast furnaces.

East of Saylor Park, the trail passes a salvage yard of discarded rail cars. They make for a pleasant surprise, as the rusted hulks seem to bloom among the trees. In 2009 two beautiful bridges were installed to cross the Blacklick Creek west of Dilltown, one of the most popular trailheads along the route

Some portions run though game lands—wear orange during hunting season. Bring your camera along to capture the natural beauty and historical features that you'll encounter during your visit. At the west end of the trail in Saylor Park, follow signs to connect to the Hoodlebug Trail. 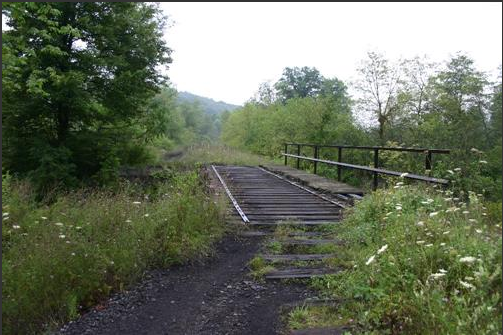 The old railroad line known as the Moshannon, or the Mills Branch, was the foundation of the region's late 19th- and early 20th-century economy. The history of coal mining in the area is noticeable from the trail as it passes remnants of the industry. Interpretive signage along the trail commemorates significant historical structures and events. Purchased from Conrail in 1994 following its disuse, the corridor was converted to a multi-use path to preserve the land as a public asset. The trail is lined with hedgerows of multiflora and other deciduous shrubs. The entire length of the Houtzdale Line Trail is open for use with nearly 8 miles of improved surface from the Muddy Run Bridge west of State Route 2005 at Smoke Run to State Route 2007 just west of Osceola Mills. The trail has been graded, compacted and marked with mileposts. The extreme east and west ends of the trail remain in rough condition but are useable by hikers, mountain bikers and cross-country skiers. The best access point is at the trail center in Houtzdale. 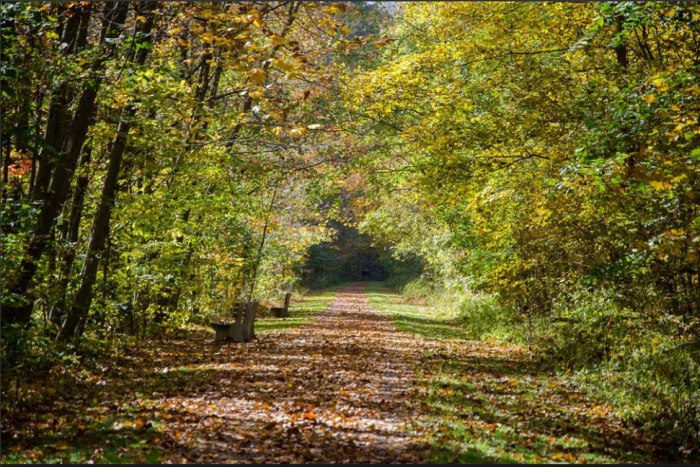 Grab your bike or your walking shoes, or saddle up your horse, and head for the cool breezes and dappled shade of the 17-mile Lower Trail. The name "Lower," which rhymes with "flower," refers to attorney T. Dean Lower, who provided the funds ($1) for the local rails-to-trails group to purchase the corridor in 1990 and create the trail. The trail follows the Juniata River like a streamer in the breeze—at times crossing it, sometimes stretching out as if a gust of wind caught it for a few moments but never straying far. The scenery makes it a delight. Native trees of butternut, oak and bald cypress, among others, create a deep shade for most of the way, interspersed with farmland for short periods. 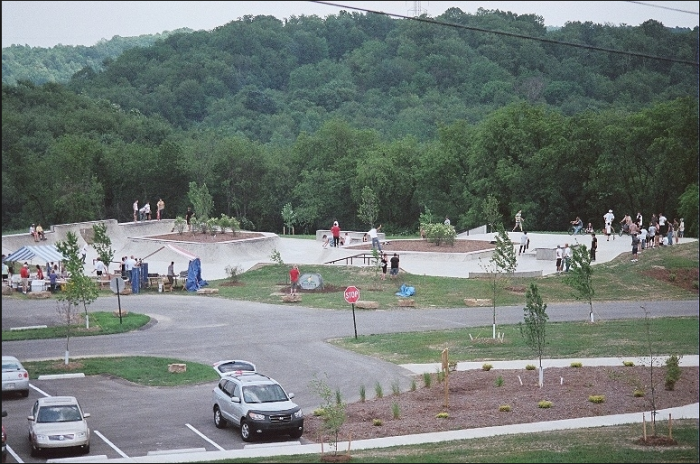 This three level concrete skate plaza is oriented toward street skating but includes a variety of quarter pipes, bowls and other transitions that can be used for skateboarding, in-line skating and free style biking. The new James R. Peach Bowl area and Snake Run, which opened in the fall of 2012, are unique additions to the largest skate park in Westmoreland County. Designed in part by the Westmoreland Street Park Alliance, the plaza reflects the dreams of local youth where they can have a safe place to skate and bike, away from public streets and buildings. Peach Plaza was funded in part by the James Peach family and named in memory of his wife, Joyce H. Peach. 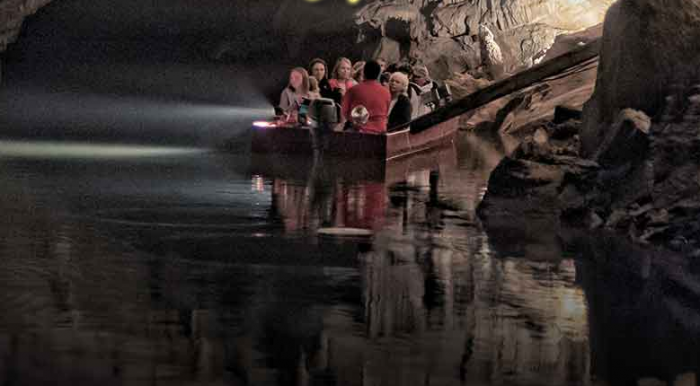 At Prince Gallitzin State Park, the forested hills of the Allegheny Plateau cradle sprawling Glendale Lake. Vistas offer scenic views of the 1,635-acre lake with its 26 miles of shoreline, which is a favorite of anglers and boaters. Campers flock to the large campground and enjoy hiking and other outdoor activities. The varied habitats of the park make it a home for many types of wildlife, and a rest stop in the spring and fall migrations. 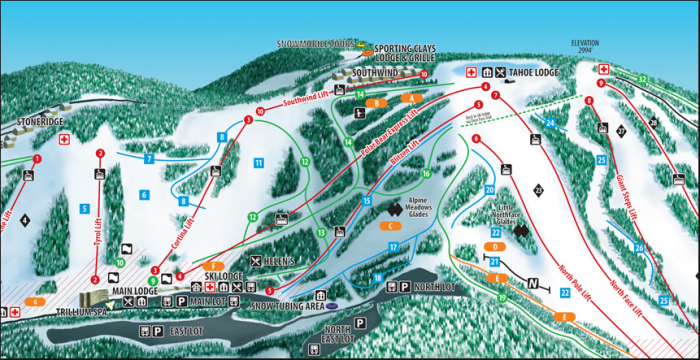 Seven Springs Mountain Resort is the perfect place for skiing in the morning, take a shot at sporting clays or enjoy the thrills of snow tubing in the afternoon, enjoy a luxurious spa treatment in the evening before a great dinner and then do it all again the next day after a relaxing overnight stay. In addition to the exceptional skiing and snowboarding, Seven Springs has additional Winter Activities for a day of fun with your family and friends! Enjoy our outdoor winter activities like snow tubing, snowmobile tours, horseback riding or bowl a few frames, swim or roller skate for some indoor fun.

Shawnee State Park is 3,983 acres of Pennsylvania’s scenic Ridge and Valley Province. Ten miles west of the historic town of Bedford along US 30, Shawnee has modern recreational facilities that blend into the natural environment. A focal point of the park is the 451-acre Shawnee Lake. 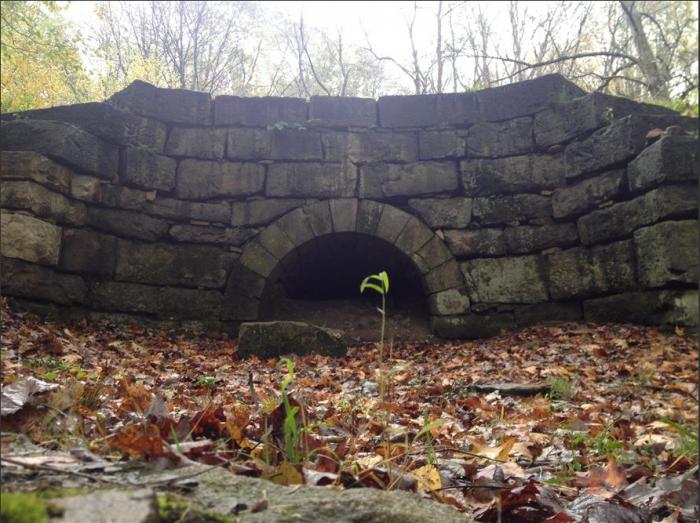 Following the corridor of a mountain-crossing railroad that operated 1834-1854, this trail has two segments approximately 15 miles apart. The southern, crushed stone segment, about 2.3 miles long, winds though a lush forest to the renovated Staple Bend railroad tunnel, reported to be the nation's oldest. The 1.4-mile northern segment, a packed dirt and grass path, includes an original inclined plane rail bed. This trail passes historic structures including Engine House 6 and the Lemon House (once a home and a tavern for the railroad). Both trail sections retain some of the original stones that held the rails down.

Center for Student and Civic Engagement