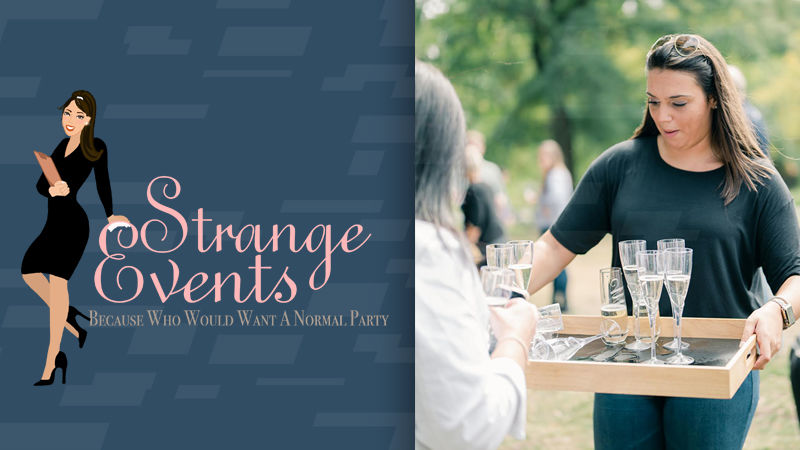 Elizabeth Strange came to Penn State Altoona knowing she wanted to pursue a career in event planning. She didn’t know how much her experiences in student organizations would help her achieve that goal.

“When I first visited Penn State Altoona, I got that feeling—like when you're shopping for a new home, and you just know when you’ve found the one. Right away, I thought, ‘this is homey, this is family.’”

Strange joined a sorority and the THON organization right away. Then, like Clark Griswold spotting the consummate Christmas tree in the middle of the forest, she discovered CAB, the student-run Campus Activities Board responsible for planning and holding activities for Penn State Altoona students. If that weren’t perfect enough, it just so happened that the special events coordinator position within CAB was open.

Strange was coming from a small all-girls school in Staten Island, New York. Still, she brought her national leadership and event planning experience through her service on the Special Olympics National Committee. It was a no-brainer. Strange interviewed for the position, was selected, and immediately got to work.

That year, CAB was granted funding for a new event series called “Down in the Dark.” Strange and her co-chair oversaw planning one large-scale activity per month during each semester and one small-scale event each weekend.

From Oktoberfest to Friendsgiving, glow in the dark volleyball, and movies, Strange was responsible for everything involved. “It was the real world. We were working with a budget, calling vendors, and reserving room spaces, all of it. We were using the Student Activities Fee, something every student is required to pay. I had a lot of accountability in my hands, but it felt really good.”

Strange became president of CAB her sophomore year. She took her role and responsibilities seriously and enjoyed every aspect. “I still smile when I talk about it. Looking back, there is not one thing I wasn't proud of or happy to work on. I was just so lucky to get that chance at such a young age.”

Strange transferred to University Park to finish her degree in recreation, park, and tourism management with a concentration in commercial recreation. She graduated in 2018 and immediately began working in Food and Beverage at New York Palace Hotel in Manhattan, where she still serves as the executive chef's culinary administrative assistant.

“At first, I was discouraged because it wasn’t specifically events and event planning. But now, going onto my third year there, I can’t imagine having started anywhere else. I’m learning every aspect of working in a hotel and getting to know every team member involved in making an event happen.”

Strange says her time with CAB prepared her for her first professional job. She learned how to understand and work with different personalities and figure out her place and role in a team. “Campus Activities Board really taught me how to be a leader, how to work with others, and how never to feel or act like I’m the boss. It’s about being a team and doing the work.”

Although Strange is happy at the hotel, of course, it is not her final career destination. She has dreamed of owning her own event planning business since high school and wanted to start dedicating her own time to her events. “I just felt like I was ready to take that next step in my career. I was ready to put everything that I had learned from Penn State Altoona and the hotel to use and show myself I can make my dream happen.” 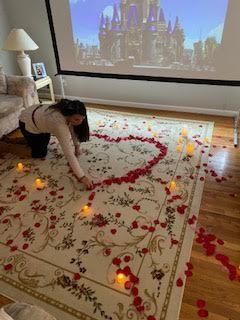 Beth Strange arranges rose petals in the shape of a heart.

In February 2020, she launched Strange Events based in Staten Island, New York, serving as her own wedding and events planner and day-of coordinator.

“It’s called Strange Events because who would want a normal party,” Strange jokes. “I'm open to anything. I remember having ideas to plan these wild events at Penn State Altoona, like bringing a camel to campus. I say if you have an idea for your event, let's make it happen because if I were able to do crazy things in Altoona, I could absolutely do anything in New York.”

Of course, Strange could never have predicted trying to get her business off the ground during a COVID-19 epidemic when events, gatherings, and celebrations had to be canceled, postponed, or disregarded altogether. “If I had to change it, though, I wouldn't,” she states. “Starting at the beginning of the pandemic was such a benefit in some ways. I knew I wouldn’t get a lot of business right away, but the pandemic forced me to work even harder to get my name out there, to work harder for what I want.”

She started by making a Facebook page and an Instagram account. She hit the pavement in the Staten Island area and across the border into New Jersey. Harkening to her CAB days, Strange made cold calls to makeup and hair artists, dress shops, restaurants, photographers, and merchandise vendors. She left her cards at businesses dealing with weddings and other events. “In CAB, we were always pushed to work with new organizations. Not just THON, not just Greek life, but to go outside the bubble, talk to Athletics and smaller clubs. That's something that helps me today. I’m reaching out to other small businesses to talk about working together and how we can help each other.” One such collaboration was in October for Breast Cancer Awareness Month. Strange teamed up with other women-owned businesses to create awareness merchandise and a social media campaign. 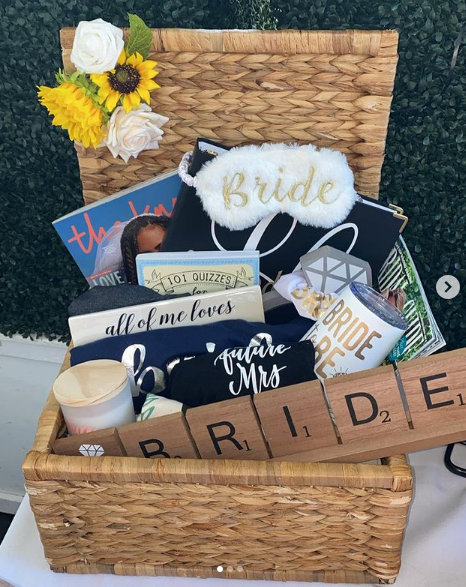 She began to see some promise in the summer when she was contacted to put together small events like outdoor parties and barbeques. Future brides began inquiring about services. She booked a micro wedding for the fall that would comply with COVID restrictions.

While things remain uncertain regarding the pandemic, Strange remains optimistic. She says, eventually, those events that were canceled or postponed will move forward, and people will need help re-planning. And, of course, new events will have to be prepared and carried out. She’s already booked four weddings for 2021, along with several bridal showers and a 30th birthday party.

Her long-term goal is to have between 20 and 25 events per year and eventually expand into New York City. “I'd love to see myself skyrocket, but Staten Island really is a great market to be in right now. It's a small island with a lot of people and a lot of possibilities.”

She says she absolutely sees Strange Events growing into a large, successful business, and as always, circles back to her experiences at Penn State Altoona, her home. “I still talk about Altoona and CAB. I can't say thank you enough to the college and the organization. I learned so much about not just event planning but about business, and finances, personal growth, and responsibility.”

Strange adds that the people who took a chance on her, gave her so much opportunity, and believed in her were imperative to getting her to this point in her professional life.

“That was so important to me—that they felt I was capable and competent. Someday, I'd like to give a seventeen-year-old the opportunities I was given to learn, to branch out and be their best person, to achieve their dreams and goals.” 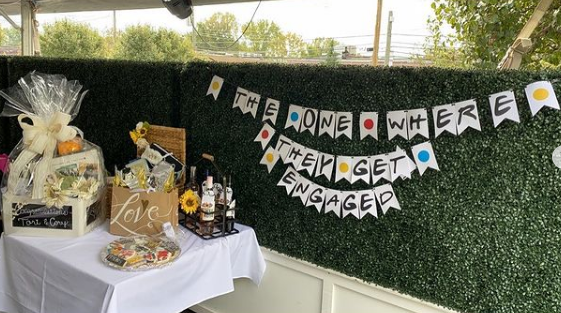