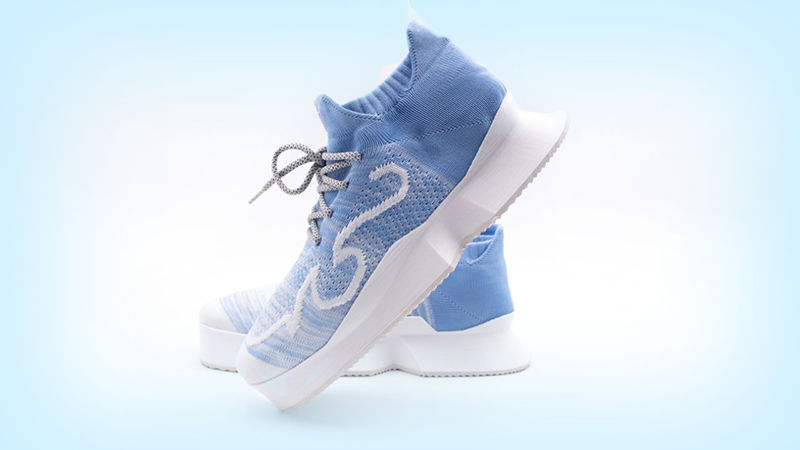 Nick Unis came to Penn State Altoona with an idea and the drive to succeed. Now he owns a thriving business that’s drawing interest from some A-list celebrities.
By: Marissa Carney 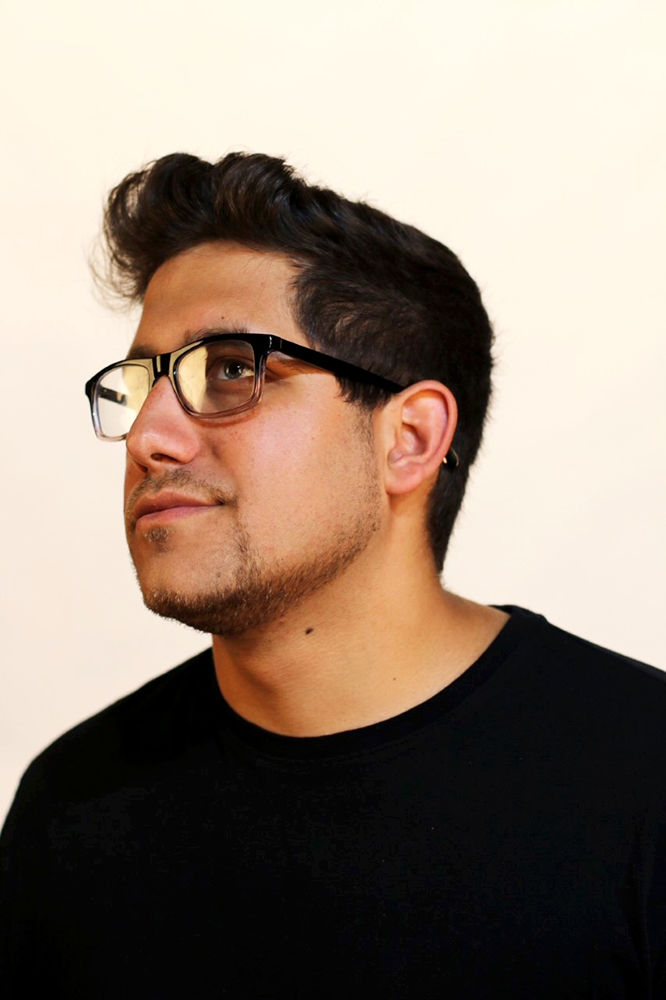 The first time I interviewed Nick Unis was in 2017 in the dim basement of his father’s Pittsburgh dentistry business. That was where he had set up shop for his fledgling customized sneaker business, Unis Footwear.

At the time, he had just finished his sophomore year at Penn State Altoona and was transferring to University Park to obtain a degree in business. Unis Footwear had holes in the walls, one 3D printer, a website you couldn’t order from, and a product that was still being developed.

In a recent second interview, I learned that now the workspace has been renovated, there are multiple 3D and knitting machines, three collections of shoes available for purchase, a fully operational website, and eight employees—oh, and his sneakers were a part of the 2021 Grammy Awards.

Unis received a phone call barely a month before the March 2021 Grammy Awards from Distinctive Assets, the marketing company that supplies award show swag bags. The company had come upon Unis Footwear on social media and wanted to include his product in the Grammy gift bags.

“It was super cool to get that call and an awesome opportunity to put our shoes in the hands of some of these A-list celebrities,” says Unis.

Typically, swag bags are laid out in a room and picked up by attendees at the event. But the coronavirus pandemic meant the bags were mailed directly to celebrity homes this year. Other gifts included items from Hotsy Totsy Haus, PETA x Save the Duck, Rita Hazan, Ruffles, and Wags Cookies.

Unis and his team designed and produced clear acrylic gift cards along with 3D-printed keychains of a pair of Unis Footwear shoes. “Every shoe we put out, whether for a celebrity or not, we want to be the best product we can provide. Of course, the stakes are higher when a celebrity is involved. That definitely raises the bar.”

Unis provided 140 gift cards for the bags and has seen about a 75% claim rate so far, keeping the company quite busy. Unis can’t name those who have ordered shoes, but they include musicians, athletes, actors, and comedians. 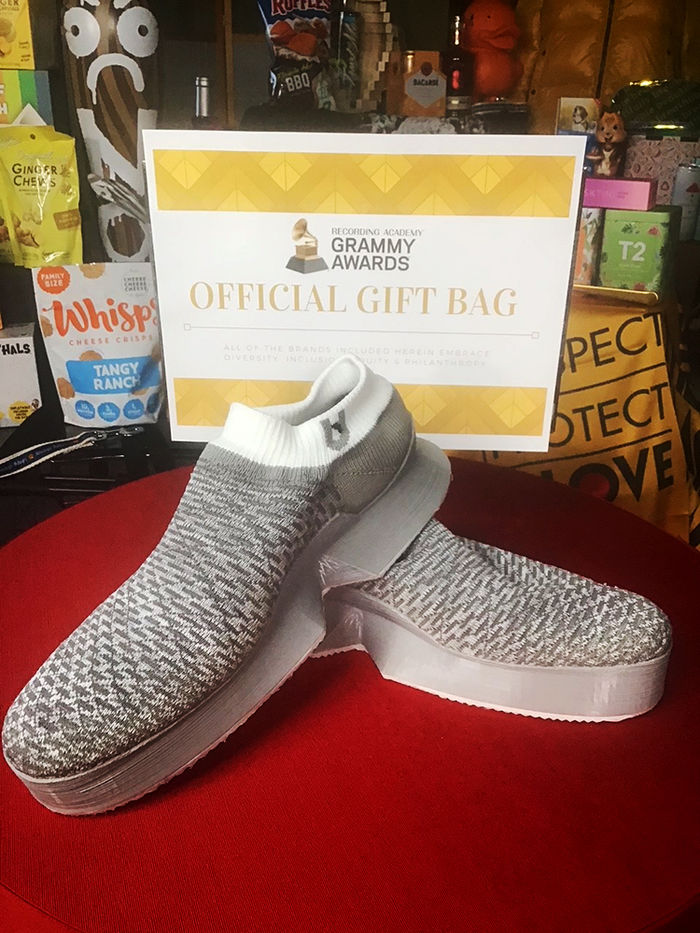 From the Sansar Collection, "Sansar Ridge" is the shoe from Unis Footwear on display at the Grammy Headquarters in Santa Monica, California.

“I’m hoping this will be huge for us. We have a really interesting product, we just need to get it out there. I’d love for these influencers to take our brand, which isn’t well-known, and bring it to the forefront of people’s minds and onto their feet.”

An additional way for that to happen is through collaboration with these VIPs. Unis says some have already expressed interest in doing so by taking one of his signature shoes and adding their own flair to them. There’s also a good chance Unis will be asked to contribute to the Grammy swag bags next year as well as to the Oscars, possibly in-person to collect shoe sizes on the spot.

I was struck by Unis’ level of calm, his laid-back attitude, because I am 100% sure I would not be so cavalier. Chalk that up to personality differences but also a good deal of practicality on Unis’ part.

“I try to keep a clear, open mind. I hope for the best, but I don’t let my expectations get too high. I don’t really take time to reflect because it’s one thing after another for the business.”

He is right about that. Along with filling orders, Unis and his team are working on a new product Unis describes as revolutionary in 3D printing. They are also busy creating one of the first curved midsoles and working on a new lacing system. 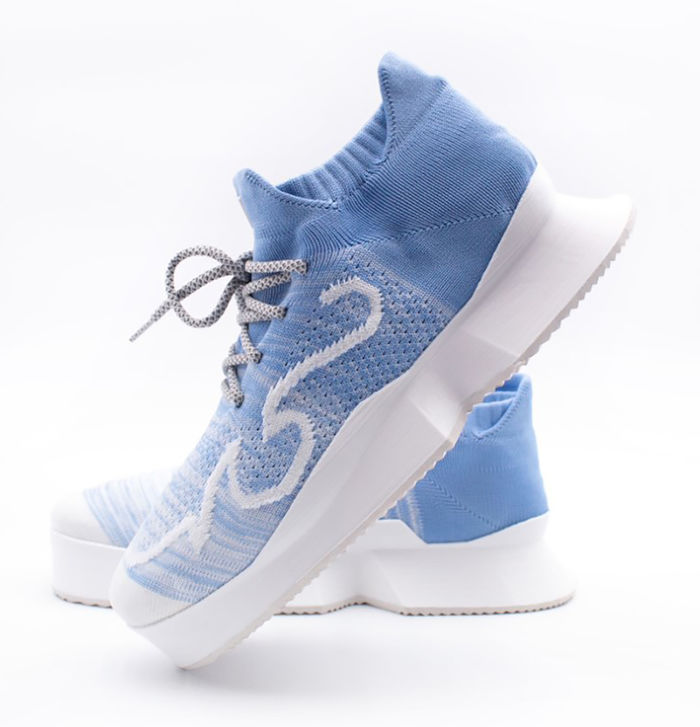 This pair of sneakers, named "DragonGlass:Snow," is part of the Alchemy Collection of Unis Footwear.

All Unis Footwear shoes are made as sustainably as possible. For one pair, the company uses about eight plastic water bottles collected from ocean waste and melts them to create the filament and thread that feeds the printing and knitting machines. Worn Unis Footwear shoes can be sent back, their parts completely recycled into a brand-new pair.

Unis has certainly come a long way from his first year at Penn State Altoona when his idea for a business was just a seed. It was here in Spruce Hall where he designed and built his first printer. It was here that he had opportunities to take part in business competitions and receive valuable feedback from business owners and other entrepreneurs. It was here he was granted incubator space at the Sheetz Center for Entrepreneurial Excellence to flesh out his business concept and here that he won prize money to continue building that concept.

And as his business grows, Unis remains connected to the college: in fact, he recently worked with an electro-mechanical engineering senior on his capstone project, which was a shredder that would break up Unis Footwear midsoles. “Penn State Altoona has always been helpful to me. It is still my home away from home—where it all began.”

As for me, I’m already looking forward to the next interview with Unis, hearing about what new things he’s accomplished and his next big projects. In the meantime, I may just have to get myself a fancy new pair of kicks.