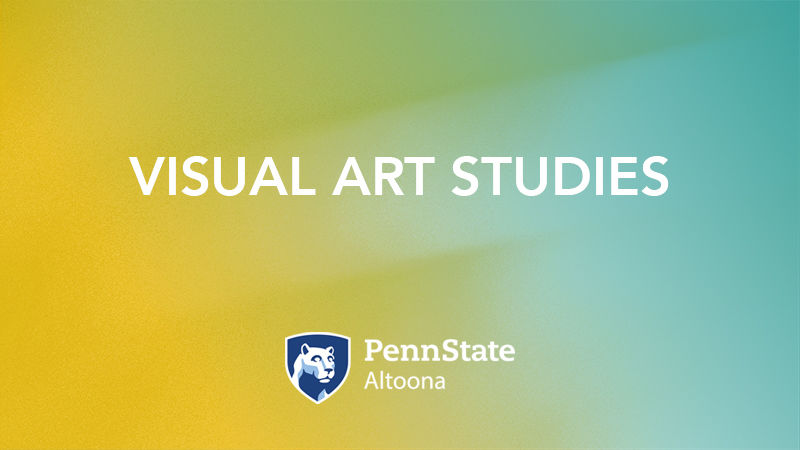 Altoona alumna pushes the boundaries of art with new position

Since 1855 there has been a tradition of hard work from Penn State students across the Commonwealth of Pennsylvania. Many students who put in the extra effort to succeed in their field reap the benefits later on after their time at Penn State. Sarah E. Jenkins has proven as a Penn State graduate that a commitment to hard work leads to great success. Jenkins graduated from Penn State Altoona in the spring of 2013 with a B.A. in visual arts studies (VAST) with a minor in women’s studies and is on track for a tenure track position for digital media and animation.

With her B.A. and M.F.A from the School of Museum of Fine Arts at Tufts University in Boston, Jenkins has earned a tenured track position at Alfred State College in New York, part of the State Universities of New York (SUNY) system. As an assistant professor of digital media and , she looks forward to the creative freedom she will have as a tenured faculty member to promote social change and push boundaries for the arts.

“It means a lot to me. I feel proud, fortunate, and a little terrified. Tenure track art professor has been my dream job for a long time. I’ve been applying to faculty positions yearly since I graduated with my MFA in 2017. This past application cycle, I applied to more positions than ever and had multiple interviews. I had an ongoing ‘joke’ in my mind that maybe I’d be tenure track at 30. When It happened, I felt a lot of feelings. Taking a tenure track position feels like an incredible commitment, but it feels very good to know that commitment is mutual.”

Jenkins has learned many things from her time as a VAST student at Penn State Altoona that she still uses as an assistant professor. The VAST program provides students with an individualistic curriculum that allows for strong relationships with faculty and other students. The one-on-one class structure allows students to build relationships with professors that can last throughout their lives. As an undergrad, Jenkins built a relationship with her academic adviser, Rebecca Strzelec, that she still has today. Whether it was about finding the right graduate school or looking for a teaching position, Jenkins has remained connected with Strzelec since leaving Penn State Altoona.

Jenkins also found comfort at Penn State Altoona with the smaller school size, and the feeling of exclusivity and individualism has been with her ever since she left campus. In this smaller setting, she found comfort in her surroundings while also feeling that she gained the necessary tools to be creative in her program.

“You don’t necessarily realize how great that is until later. I do remember enjoying the campus a lot when I was there as a student, but I think what has worked very well for me is that just because it is a smaller campus, but yet there is still a fair amount of faculty compared to how many kids there are. I built pretty strong relationships with some of the faculty which has stayed with me till now.”

VAST at Penn State Altoona provides students like Jenkins practical, conceptual, and technical skills that can be used in creative fields or graduate studies. Students are encouraged to break the status quo by using new techniques while enhancing their craft. Many skills from this program have contributed to Jenkin’s success including problem-solving.

Penn State Altoona’s arts and humanity classes provided Jenkins with the necessary information to be a creative problem-solver while growing her knowledge in other subjects. VAST helped her take risks and experiment, something that Jenkins continue to do to this day. At Tufts University she was able to complete her thesis on stop motion and find her new passion.

“I really get into stop motion. I like that repetition, but sometimes you are banging your head against the wall because it is taking too long and it is frustrating. There is a big payoff, even if it is only ten seconds you feel like you just created magic. You watch it and you think that you just made this thing that is magical and amazing,” said Jenkins on her love for stop motion animation.

In today’s economy, job security is not always a sure thing. Jenkins feels fortunate to have the opportunity to teach what she loves and to have the ideal job that she has worked for her entire life. With so much uncertainty in the world, Jenkins has found comfort knowing that she has a job that is tailored to her and her passion for digital media.