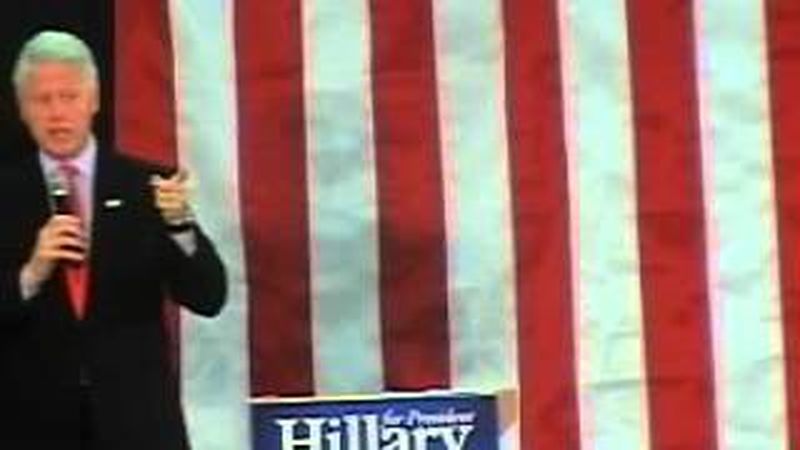 Former President Bill Clinton visited Penn State Altoona on Thursday, April 3, 2008, in support of Senator Hillary Clinton's presidential campaign. President Clinton delivered an address to a capacity crowd of 1900 people in the gymnasium of the Steven A. Adler Athletic Complex. After his speech, the president signed autographs for fans and greeted a crowd of enthusiastic onlookers gathered outside his motorcade.