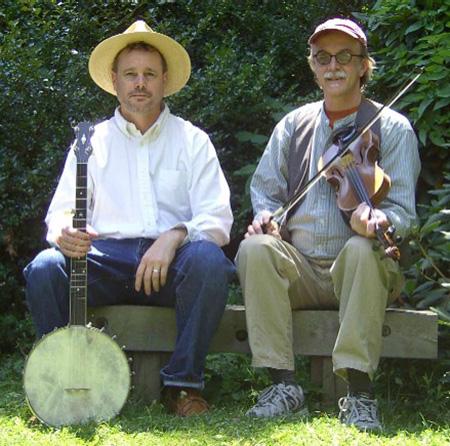 "Well-organized, well-balanced programming, and incredibly well attended. This event was one of the best examples of community outreach programming and collaboration that I've ever been a part of. Let's do it again. Peace and Banjos."
— Steven Sherrill, associate professor of English and integrative arts

The Canal-Era Music and Entertainment Summit – Canal Jam 2015, held at the Allegheny Portage Railroad National Historic Site on Saturday, September 26, is now in the Penn State Altoona history books! The all-day event featured professional and amateur musicians, performers, and storytellers interested in 19th Century American folk music and other forms of entertainment performed in the port towns along the Pennsylvania Main Line Canal during its heyday, c. 1834-1854. More than 100 people from across the region were in attendance.

Performers included five Penn State Altoona voice students studying under Professor Bonnie Cutsforth-Huber. They performed canal songs a capella or with banjo accompaniment on the front lawn of the Lemon House for an appreciative lunchtime audience. Other performers from Penn State Altoona included Steven Sherrill, associate professor of English and integrative arts, who read selections from his The Locktender's House, a canal-era "ghost story" inspired by events occurring along Pennsylvania's Main Line Canal, accompanied by David Parry, assistant professor of philosophy on guitar and banjo; and Jerry Zolten, associate professor of communication arts and sciences, performing with his long-time musician colleague Richard Sleigh. Distinguished Professor Emeritus of Music, SUNY Brockport William Hullfish and his Golden Eagle String Band were featured guest musicians at the event, along with the Pittsburgh folk music group Up in the Batten House.

Canal Jam 2015 was the culminating event for the "Canal-Era Music and Entertainment Project." Please visit the Project webpage for more information about the entire project's scope and activities.

Canal Jam 2015 was supported in part by a Community-Based Projects Grant through the Penn State Altoona Office of Research and Sponsored Programs, by the Division of Arts & Humanities and the Office of Academic Affairs, and by several community organizations and individuals.

Publicity for Canal Jam 2015 as well as a gallery of photographs provided by Penn State Altoona University Relations Photo Gallery can be accessed here: