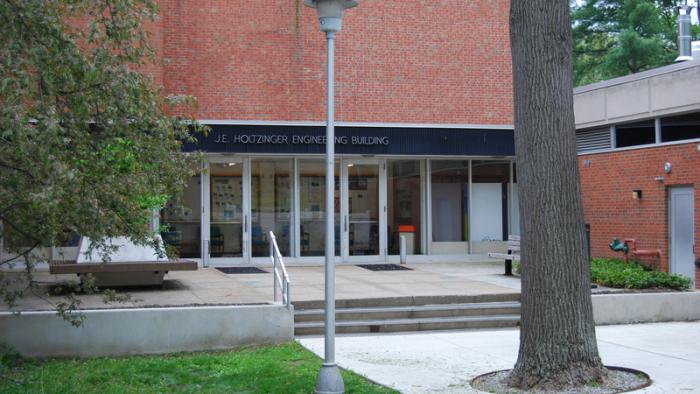 Constructed in 1970, the J.E. Holtzinger Engineering Building is named after the man known as the founder of the Altoona Undergraduate Center. This two-story building contains three engineering graphics labs, two physics labs, two biology labs, a greenhouse, and additional lab space for general use. The Ralph and Helen Force Advanced Technology Center was added to the end of this building in 1997.

Known as the founder of the Altoona Undergraduate Center, J.E. "Ted" Holtzinger served as an inaugural member of the Citizens Committee that petitioned Penn State to open a branch campus in Altoona. He later championed the Altoona Undergraduate Center's relocation to the former Ivyside Recreation Park. For many years, Bathhouse U. was referred to as "Holtzinger's Folly," given local concerns about moving to the defunct amusement park. The campus's remarkable growth in subsequent years vindicated Holtzinger's dream of establishing higher education in Altoona.