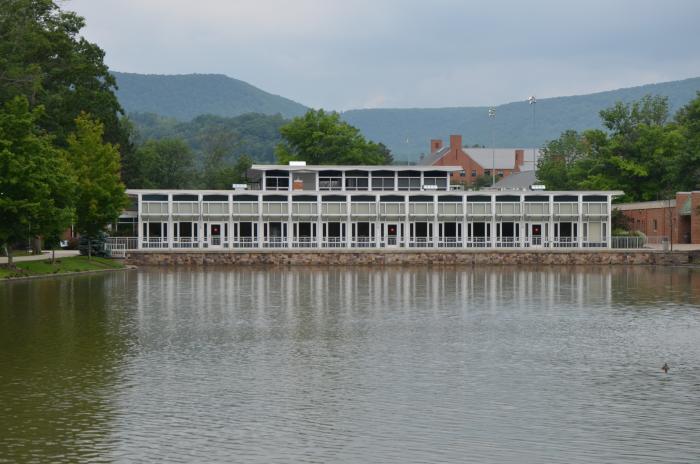 Constructed in 1964 and named after the founder of the Altoona Mirror, the Harry E. Slep Student Center serves as a recreational and relaxation center for students. The building contains a student study lounge, a multi-purpose TV lounge, a convenience store, offices for various student organizations, the Career Services office, and the Division of Student Affairs, which includes the Center for Student and Civic Engagement, Student Conduct, Student Diversity and Inclusion Programming, and Off-campus Living

Harry E. Slep opened a printer's shop in Altoona in 1871. The following year, he founded the Evening Mirror, which became the Altoona Mirror in 1874. He served as the newspaper's president until his death in 1922. He was the grandfather of J.E. "Ted" Holtzinger, whom many credit as the founder of the Altoona Undergraduate Center. The Slep Student Center honors Slep's many contributions to the growth of the greater Altoona area.