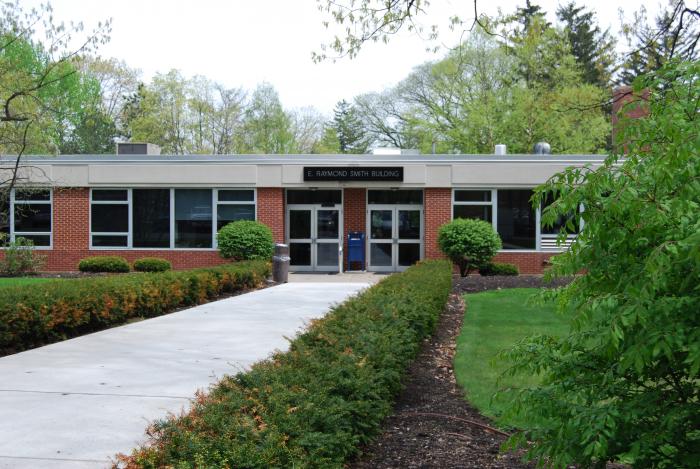 Constructed in 1958 and named for the original owner and manager of the Ivyside Amusement Park, the E. Raymond Smith Building was the first modern building on campus. As the main administrative building on campus, it contains administrative offices, faculty offices, a switchboard and copy center, and classrooms. The Smith Building houses numerous offices, including Academic Affairs, Admissions, Advising, Bursar, Business Operations, Chancellor, Financial Aid, Human Resources, and Registrar.

E. Raymond Smith was born in Andover, New York, in 1875 and came to Altoona in 1910. Before locating here, Smith graduated from the Hornell Business College in New York and the Pittsburgh School of Pharmacy. In 1925, with Harry C. Gwin, Smith built the Ivyside Amusement Park — the current site of Penn State Altoona's Ivyside Park campus — and managed it for a period of twenty years. Through the generosity of his family, this site was made available to the campus Advisory Board at a very low price.