Alpha Phi Delta, a National Fraternity, was established as a colony on Penn State Altoona's Campus in 2016. Alpha Phi Delta is an Italian Heritage Fraternity; it was founded at Syracuse University on November 5, 1914. Since its founding, over 20,000 men have become brothers of Alpha Phi Delta. Currently, the Fraternity has active colonies and chapters at 43 school throughout the United States; additionally, it has 28 alumni organizations. Alpha Phi Delta won the award for Highest Average Semester GPA for fall 2016 out of all fraternities and sororities. We sponsor various events on campus throughout the year to benefit our philanthropy, the ALS Association. We set out to make members of Penn State Altoona better men both in their scholastic years and beyond. 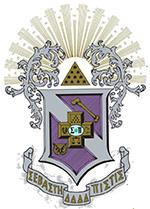 Center for Student and Civic Engagement